It was early to bed for me last Monday, with a freshly pressed uniform hanging on the back of the chair, new pencils sharpened and an oiled satchel ready for use. 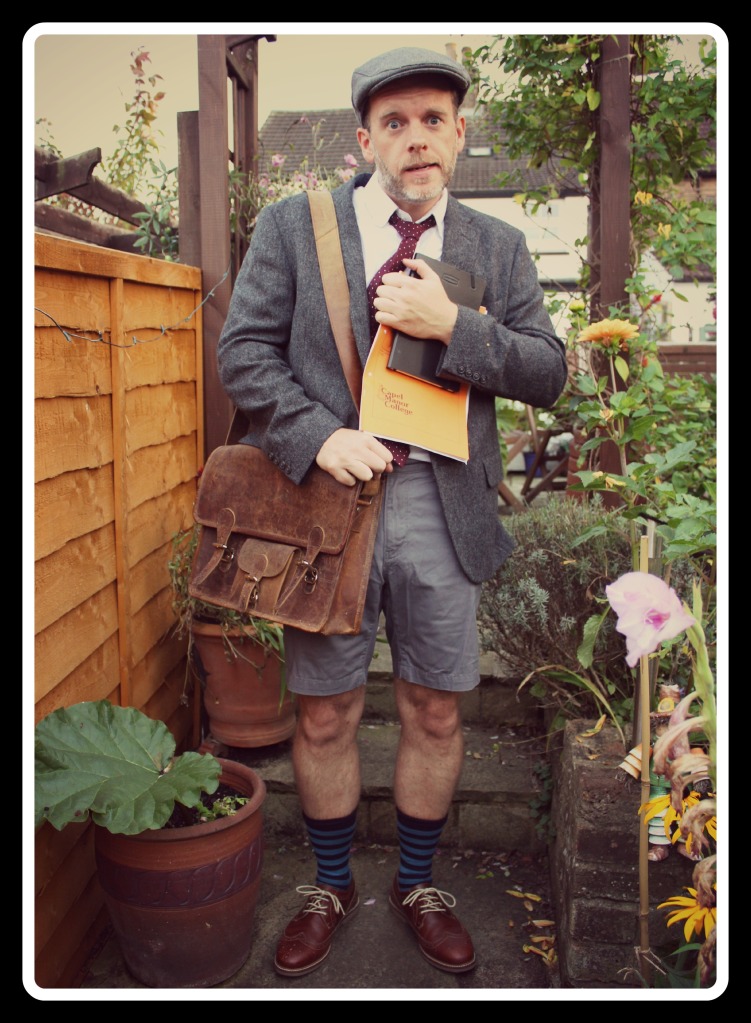 It’s been nearly twenty years since I was last in a classroom, and on Tuesday, those old school memories came flooding back as I chose my desk, took a seat, and obediently waited for my teacher to introduce himself.

Just to re-cap for anyone who may have forgotten, I’ve gone back to school to get my RHS qualifications in gardening at Capel Manor College’s campus at Regent’s Park.  I’m starting with night school once a week from now until next June, and from February, I’ll be consolidating this theory course with a one-day-a-week practical course.

I didn’t know what to expect when I arrived. Would my fellow classmates be barely out of school? Would the tutor demand 100% discipline and threaten us with the cane if we didn’t pay attention? Would I have to face the school bully, Gripper Stebson, for refusing to give him my tuck money? However, I needn’t have worried, as no sooner had I sat-down, than the chap in front of me turned around and introduced himself. We shook hands and were soon discussing our own gardening experiences.  Five minutes later, I was joined by a female student who already had part of her diploma, and was able to give me the inside scoop.  Then in came our tutor, a passionate, warm and enthusiastic individual with his own successful gardening business and an eagerness to pass on his extensive knowledge.  We were clearly in safe hands.

With the class underway, I soon found my groove. Although I may have struggled with some of the Latin names, as our tutor began educating us in the ways of veg-growing, I did find myself smugly thinking “Hey! I know  this!” Could I become the Stephen Hawking of Horticulture?  Probably not, but I felt suitably encouraged. I could do this.

By the end of the night, our tutor could see that his students were beginning to wilt, and he quipped: ”Let’s see how many of you will come back next week!”

..One thing’s for certain, I’ll be there!

10 thoughts on “First Day at School”