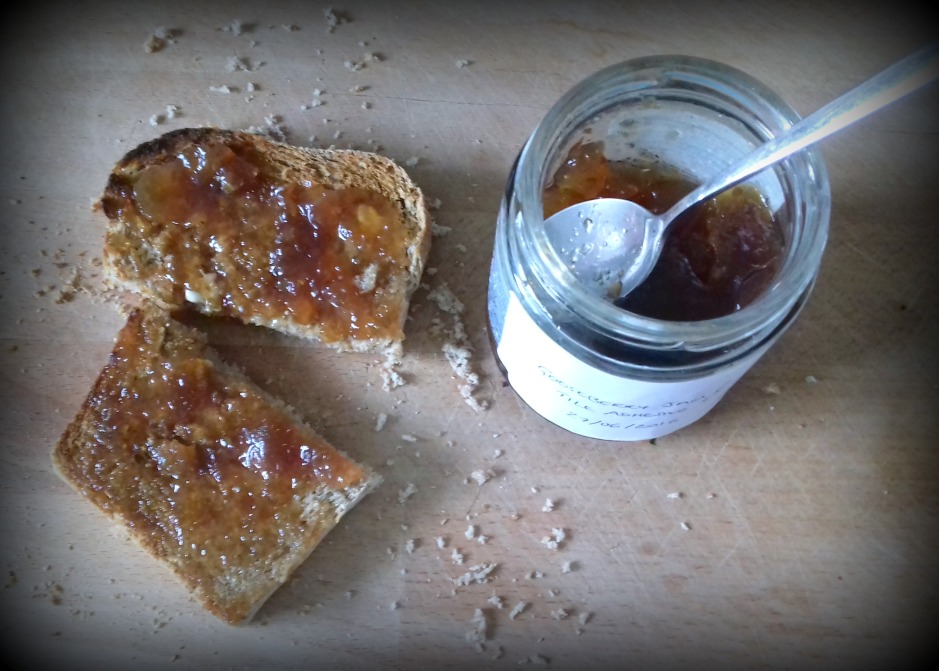 I have to admit, I don’t get massively excited about preserves. I don’t need chutney to improve a wedge of cheese, and I’d rather have Vegemite on my toast than jam (a legacy of my half-aussie heritage and no, Marmite doesn’t cut it.)

Ade is the complete opposite. He slathers chutney onto his cheese as if it’s going out of fashion and is much the same with jam on toast. So for the first couple of years as allotment-holders, I made what I thought was a fairly generous supply of  jam and chutney to last him through the winter months.

‘That’ll see you through the year, my boy!’ I’d say, slapping Ade heartily on the back, but by November, he had demolished the lot.

So last year, I stepped up my efforts. I made loads. Jars and jars of different chutneys spilled out of the cupboards and our shelves were laden with numerous attempts at jam. Sometimes I followed recipes, sometimes I did my own thing – always a bit of a gamble.

Such was the case with my gooseberry jam. 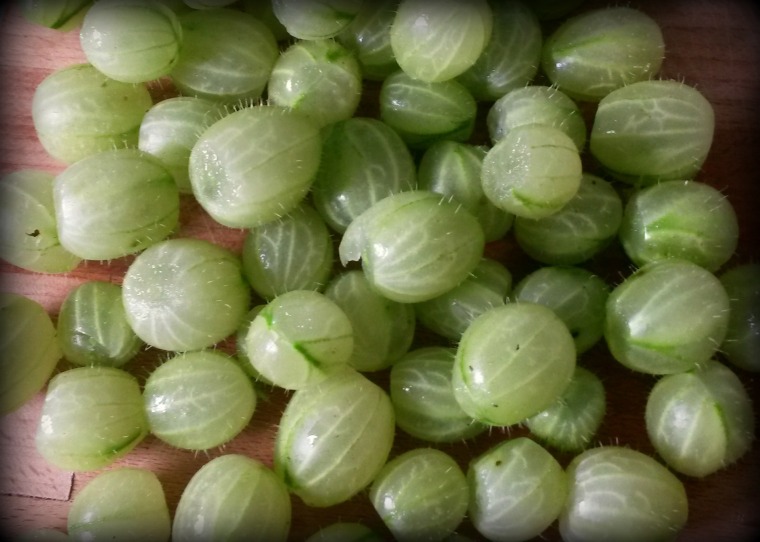 Ade had planted a small gooseberry bush in the garden a couple of years previously and we’d never had much fruit until last year when I thought I might manage to get a jar or two of jam from it. I can’t remember whether I followed a recipe or not, probably not, because the resulting goo that emerged made me very uneasy; I suspected I’d over-sweetened it and the consistency was firm to the point of being solid.  So I hid the jars at the back of the cupboard and put them out of my mind.

Having finished the last of the rhubarb and ginger jam, one of my failsafe recipes, Ade started rifling through the cupboards to find something else to spread on his toast.

‘Sophie…?’ Came a tremulous voice from the kitchen, ‘What does this mean?’

He’d found the gooseberry jam which, as a gentle reminder to myself that it might not have entirely worked, I had labelled: GOOSEBERRY JAM / TILE ADHESIVE. 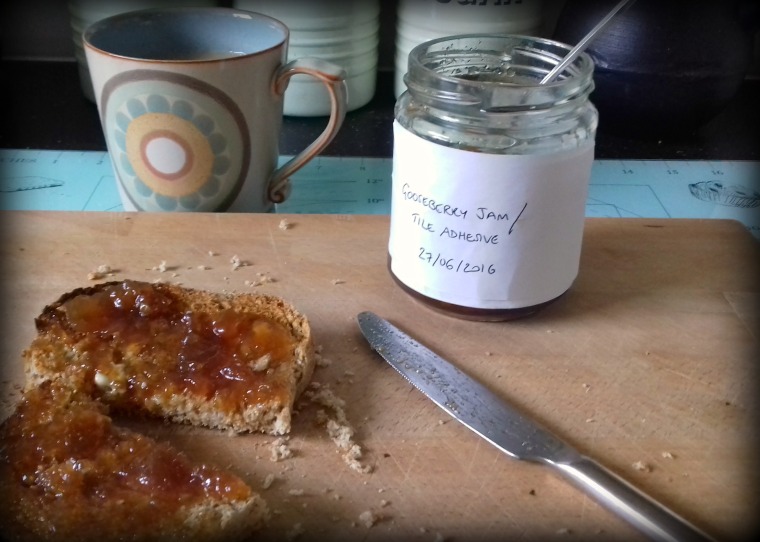 ‘Ah yes. My attempt at gooseberry jam. Go easy with that one, I’m not sure it worked.’

‘But tile adhesive?’ He looked at me, bewildered.

‘It’s firm, it’s sticky –  if it’s inedible, it might still be fit for some other domestic purpose such as… well, gluing floor tiles.’

It was with some trepidation that Ade ate his toast yesterday morning. But to his (and my) sweet relief, he thought the jam was delicious. And  having  eaten the last of my Vegemite only yesterday, this morning I tried the jam for breakfast. He’s right; it ain’t half bad.

So, much like Ade advises the kitchen gardeners among you to have a bash and see what works, my advice to the garden kitcheners would be the same: have a go, experiment, and throw caution to the wind. Sometimes the recipes you pore over and have the highest hopes for end up being the most disappointing. Sometimes, it’s the off-the-cuff concoctions that turn out the best.