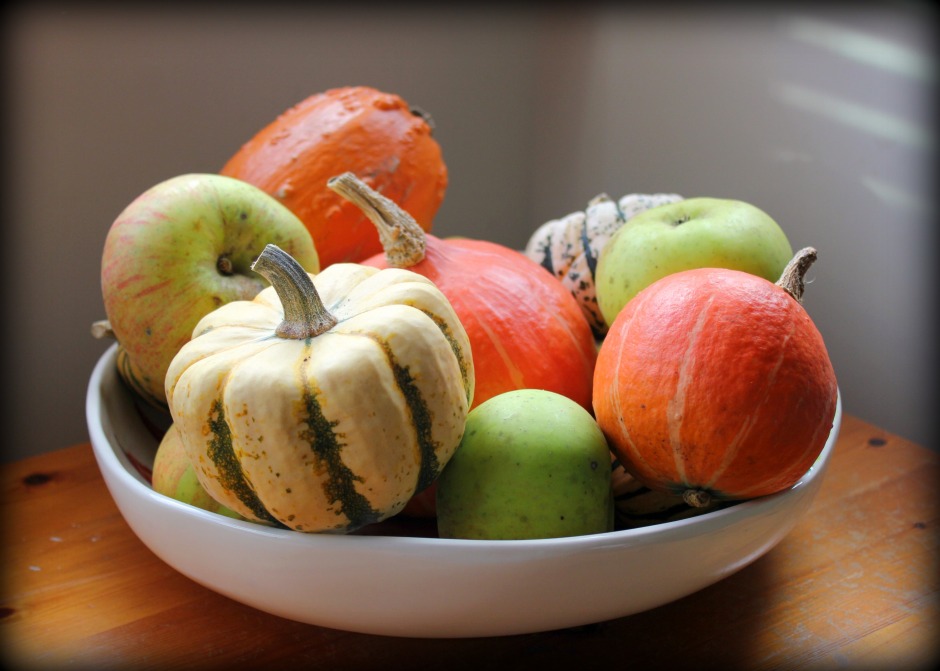 In the UK, September to November means apple picking and juice pressing, and we even have a national day dedicated to the humble fruit on October 21st. The end of October brings apple bobbing and sweet, sticky toffee apples, although the more widely-recognised symbol of the Halloween celebration is of course, the pumpkin. Carved into fiendish faces for October 31st, by the end of November, this autumn fruit (and strictly speaking, it is a fruit not a vegetable) will often be transformed into pumpkin pie, particularly over the pond where it’s a staple of the American Thanksgiving dinner.

Autumn is all about apples and pumpkins and we’re usually eating one or the other at Agents of Field HQ come November. This means apple and cinnamon muffins and apple crumbles aplenty. I tend to make a pumpkin risotto at least once a week, and there are always soups and curries incorporating pumpkin, as well as some of my more experimental creations!

But this year, I’m more interested in combining the two flavours, and they work really well together. Pumpkin and apple soup is heavenly, and this week I made Pumpkin and Apple Crumble which was a wonderful twist on the traditional favourite. I can also recommend Pumpkin and Apple Chutney as a delicious way to preserve these two treasures of the autumn harvest.

At Waitrose, they’ve managed to combine them both in the new ‘pumpkin apple’, a variety called ‘Sunburst,’ which looks like a miniature pumpkin but is in fact an apple (with creepy red flesh as well, perfect for Halloween!)