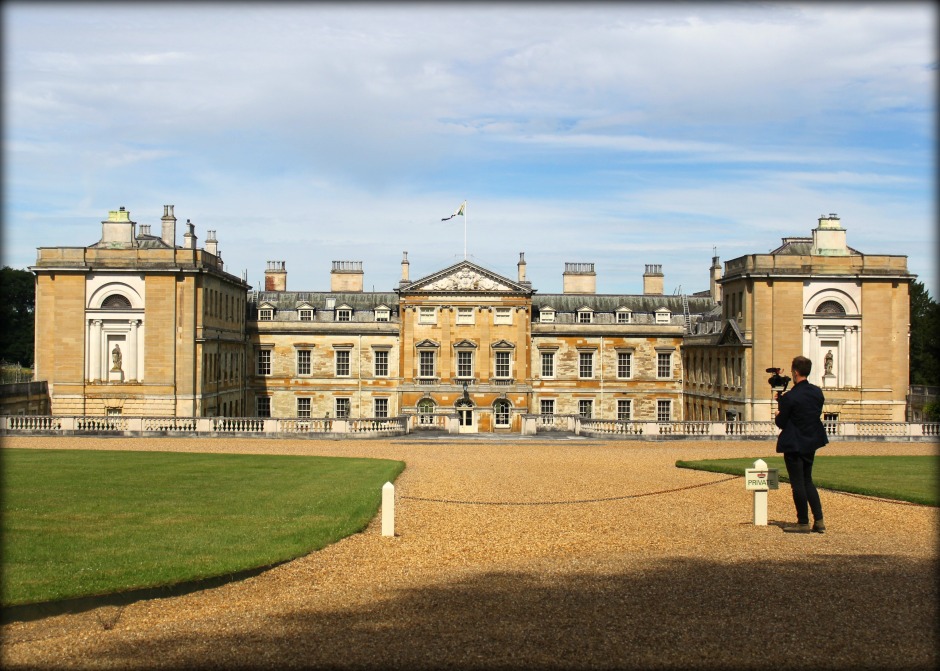 Woburn Abbey. Where have you been all my life?

I’ve clearly been living under a rock, because I didn’t really know anything about Woburn Abbey. I’d heard of it, sure, but I didn’t really know what it was, or what goes on there, and I certainly knew nothing about Humphry Repton and the extraordinary story of the gardens. And who knew they held an annual garden show? I didn’t. I blush with shame at all of this, because we’ve lived in Hertfordshire for nine years, and Woburn Abbey is practically on our doorstep.

On Saturday, after an easy thirty-minute scoot up the M1 towards Milton Keynes, we drove through the pretty Georgian village of Woburn, before turning into the Woburn Abbey Estate. A two-mile drive took us through stunning parkland, where we spotted herd after herd of deer, basking quietly in the sunshine.  The Deer Park is home to over twelve hundred deer, and at three thousand acres, it is one of the largest conservation parks in Europe. This alone is well worth a visit, and I can’t wait to go back to explore it properly.

Woburn Abbey was originally founded as a monastery in 1145, and has been extended and rebuilt over the centuries. An elegant Palladian mansion, it sits in forty-two acres of exquisite abbey gardens, and is currently home to the fifteenth Duke and Duchess of Bedford and their children. For the past nine years, they have flung open their gates to host The Woburn Abbey Garden Show, allowing a selection of exhibitors and nurseries space to flaunt their wares, and welcoming the hundreds of visitors who flock into their gardens over the course of a weekend. 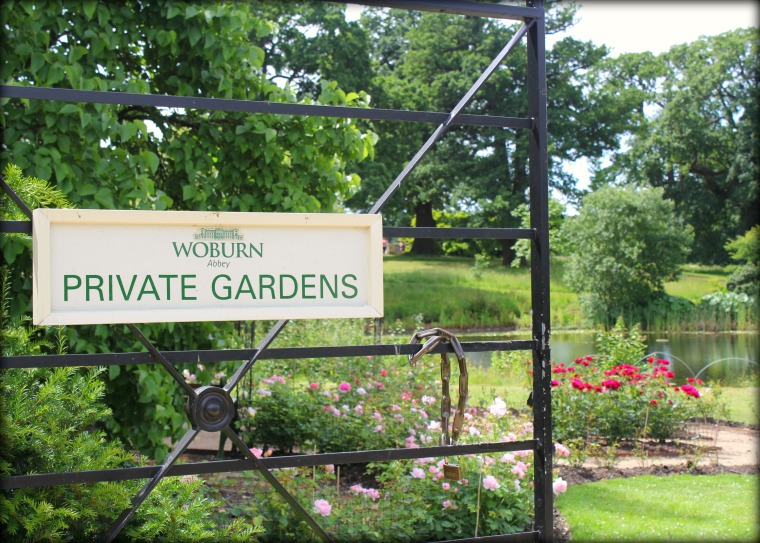 2018 is a particularly important year for Woburn Abbey as it celebrates the bicentenary of Humphry Repton. Recognised as the first person to invent and use the title ‘landscape gardener’, and often regarded as the successor to Capability Brown, Humphry Repton designed the breath-taking gardens that surround Woburn Abbey, and it remains his most complete and realised work in existence.

Born in my own hometown of Bury St Edmunds in Suffolk in 1752, Repton had tried his hand at most things, from playwriting to politics, by the time he found himself in his late thirties, with four children to support, and no steady income. He conceived of the idea of combining his drawing skills with his interest in botany and gardening, and keen to fill the gap left by Capability Brown after his death in 1783, he began to advertise his services as a landscape gardener. Talented and ambitious, Repton quickly became a success, and his designs can be seen all over the UK today, in London’s Russell Square, to Sheringham Park in Norfolk. Even Ade’s old university campus, Trent Park, includes gardens designed by Repton. 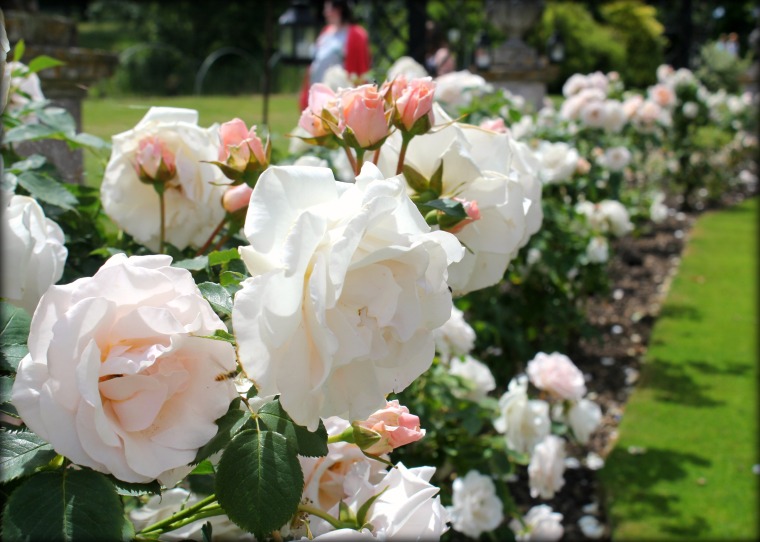 Over the years, Repton’s beautiful gardens at Woburn fell into disrepair, particularly after the upheaval of the First and Second World Wars, and they were in a fairly sorry state when Estates Manager, Martin Towsey was brought on board in 2004. In the past fourteen years, Martin and his team, under the careful guidance of the Duchess of Bedford, have restored the gardens to Repton’s original vision, creating an award-winning landscape. 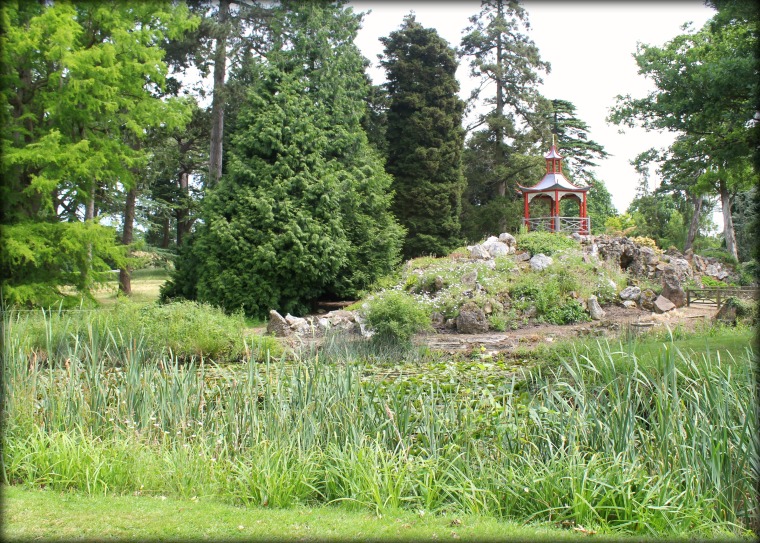 And what a setting for a garden show.

Nursery stalls nestle below the rockery and pavilion, the food marquee sits beside the lake of the Chinese Dairy.  There are lily ponds, a folly cloaked in fragrant roses, and a two-hundred year old Lebanon cedar tree. You can stroll into the peaceful Camellia House, or lose yourself in the Hornbeam Maze.  Unlike so many garden shows, nothing feels crammed in, you’re not buffeted by the crowds along narrow paths, you have space to breathe, to drink it all in. Gardeners are on hand offering tours of the grounds (including the private gardens of the Duke and Duchess, not usually open to the public) and the Bedford Town Band provides a cheerful soundtrack to the proceedings. 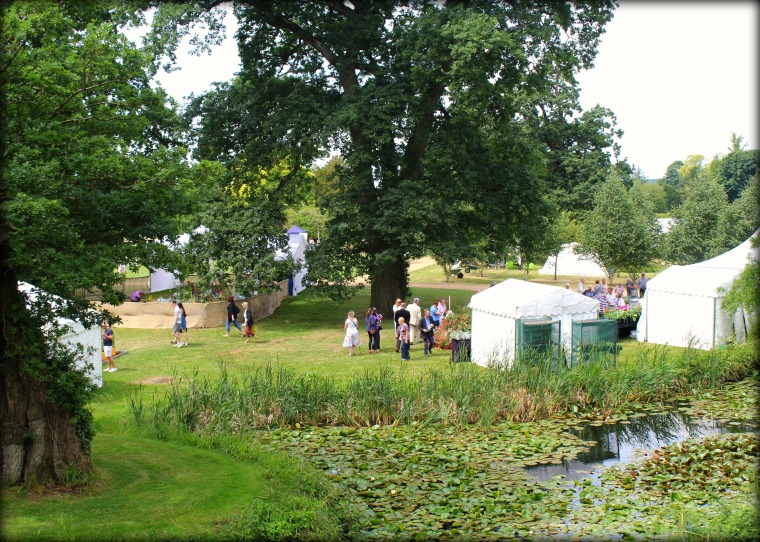 The nuseries and exhibitors have all been carefully hand-picked, and although there are some old favourites that we see at many of the shows, there were several that we hadn’t come across before, which made a welcome change. The food marquee showcases a splendid variety of artisan food producers, many of them local, and celebrity chef, Rachel Green was on-hand in the field kitchen, giving cookery demonstrations. 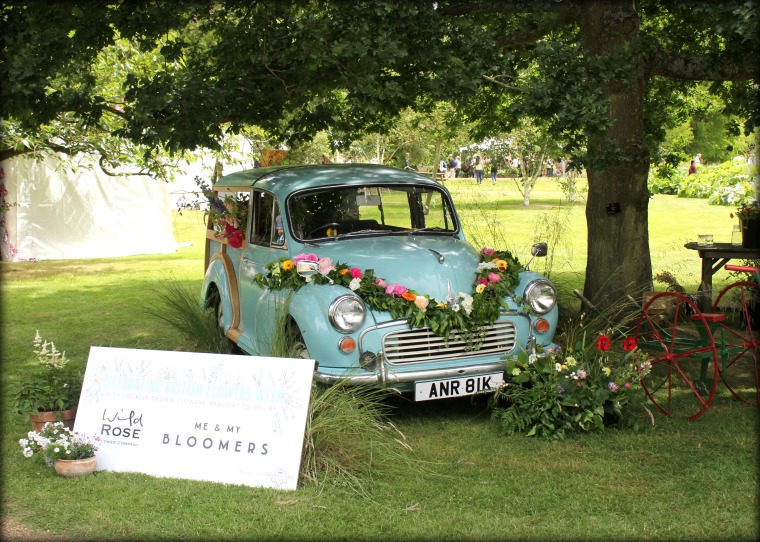 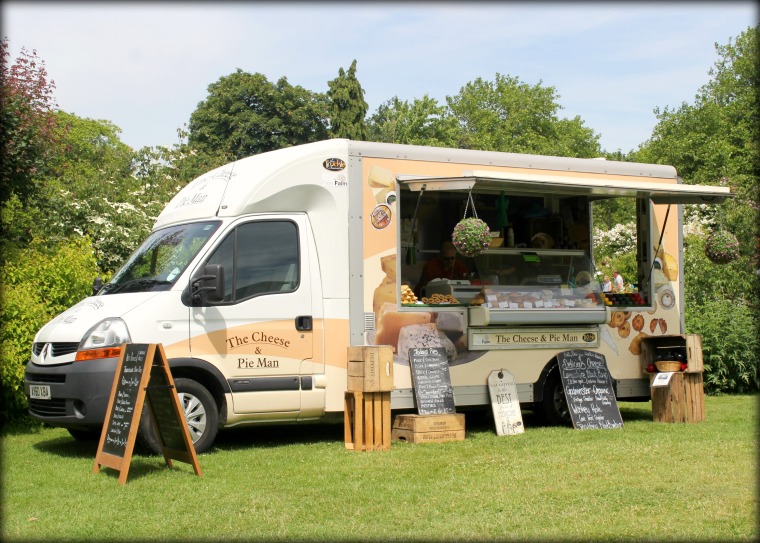 A big draw for many visitors is the Main Stage, where television favourites, Adam Frost and Pippa Greenwood, offered their expert advice, giving talks and Q&A sessions throughout the day. We were lucky enough to interview them both, and you can find out why Woburn Abbey holds a special place in their hearts in our film below. 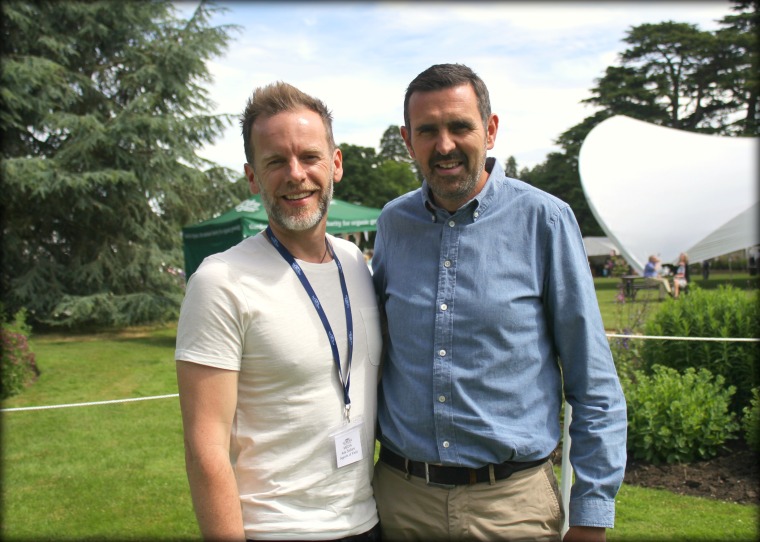 Ade and I have been to many garden shows over the past few years, but this one really offers something else. Maybe, it’s because it’s a private residence which lends a feeling of intimacy to the proceedings. Maybe, it’s because Repton’s stunning landscape soothes and lulls you into a state of blissful relaxation, despite the numerous visitors. Or maybe it’s down to the amazing team of staff. Everyone, from Martin, the Estates Manager, who made the time to talk to us, despite needing to be in a million places at once, to Jenny, who kept us well fed and watered in the press tent, down to the young stewards dotted around the gardens who were on hand to point us in the right direction, everyone were so kind and helpful. They all clearly take enormous pride in working at Woburn Abbey (and indeed, why wouldn’t you?) and that translates into a feeling of care and genuine enthusiasm that I’ve not come across at other shows.

If you missed the Woburn Abbey Garden Show this year, make sure you book for next year’s event. It’ll be running on 22nd and 23rd June 2019, tickets are already on sale and there are special early bird rates available. It’ll be their tenth year, and they have many exciting things planned! But in the meantime, Woburn Abbey hosts events throughout the year, from gardening courses (including Adam Frost’s Intro to Garden Design), to night-time bat walks, so get booking! We really can’t recommend it highly enough.

The Humphry Repton: Art & Nature for the Duke of Bedford exhibition runs at Woburn Abbey until 28th October, and features Repton’s famous Red Book, containing his designs for Woburn, on display for the first time. For more info and to book, click here.