I think there’s that moment for a gardener, when you decide to take the plunge and plant out your first crops, when you’re hit by a wave of butterflies in your stomach. No matter how many years I’ve been growing my own, I still get that feeling. It’s a mixture of excitement, and worry that a late frost will ruin your months of hard work.

In light of all the recent good weather and warmer temperatures, this week I bit the bullet and planted out a few of my seed-sown plants. 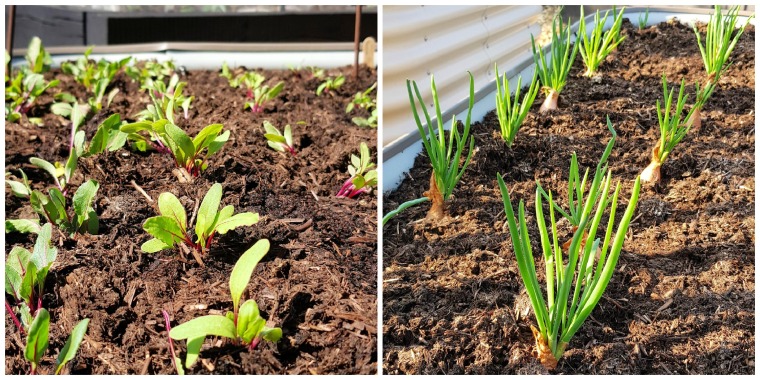 First to go into the raised beds was the beetroot. Over the years, I’ve tried many weird and wonderful varieties, but for me there’s nothing better than beetroot boltardy. Whether it’s roasted, pickled or boiled, it always holds its texture and the taste is wonderful. So, this season, boltardy will be the only variety I’m growing. When one crop is ready to harvest, I shall be planting a second crop behind it, and possibly a third. I really can’t get enough of it!

Towards the rear of the kitchen garden, behind the bench, we have an arch. Last year it supported trailing squash, with dahlias growing beneath it. This year, I’ve got a grapevine growing up and over it. Underneath, I’ve attached some jute netting to the arch and have planted my peas at the base. I’m also going for two pea crops this season. The first should be ready for harvesting late June/early July, then I’ll sow the second crop mid to late July for an autumn harvest.

I’ve also planted out my brassicas. When I had my allotment, I always took great pride in growing rows upon rows of large brassicas. Now with a kitchen garden, there is a limit to my growing space, which is why this year – apart from the sprouts – the cabbage, cauliflower and broccoli are all smaller varieties. I sometimes forget there’s only me, Soph and Daisy the cat (who doesn’t like brassicas!), and there’s only so much we can eat, blanch and freeze.

Elsewhere in the kitchen garden we’ve got fruit plants and trees either blossoming or in the early stages of developing fruit. Strawberries, raspberries, gooseberries, blueberries, cherries, red currants, figs, plums, pears and apples. Our three rhubarb crowns are only in their first year, so it will be a while before we can enjoy them, but there’s more than enough fruit to keep us going for a while.

This year, I decided to be more on-the-ball when it came to the salad bed . We’ve always grown salad, but I’ve tended to be a bit chaotic, throwing into the bed whatever seeds I’ve had to hand. This season, I’ve grown the leaves from seed in modules, and when they were big enough, planted them out in rows. And if I do say so myself, I’m liking the look of this stylish bed! We’ve got rocket, red curly lettuce, cos, cut-and-come-again lettuce, spinach, radishes and spring onions. Once our supply starts to dwindle, I’ll sow more seeds into modules, and keep this routine going well into autumn.

Last year was our first season with the kitchen garden, so it was a lot of testing the water. A year on, I’m going at it with guns blazing. This will be a growing season packed to the rafters with continual harvests. I want to see how far and how long we can go with ‘growing your own’. I only hope Soph has space in the kitchen for all this potential bounty. 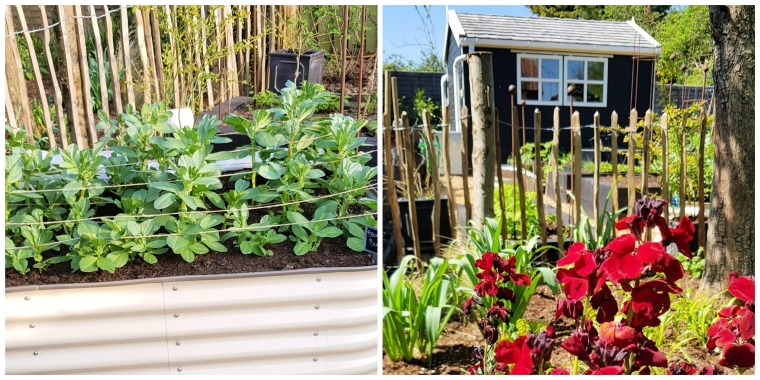 But with all this good weather, it would be criminal not to take a little time to kickback and enjoy a drink.. or two. 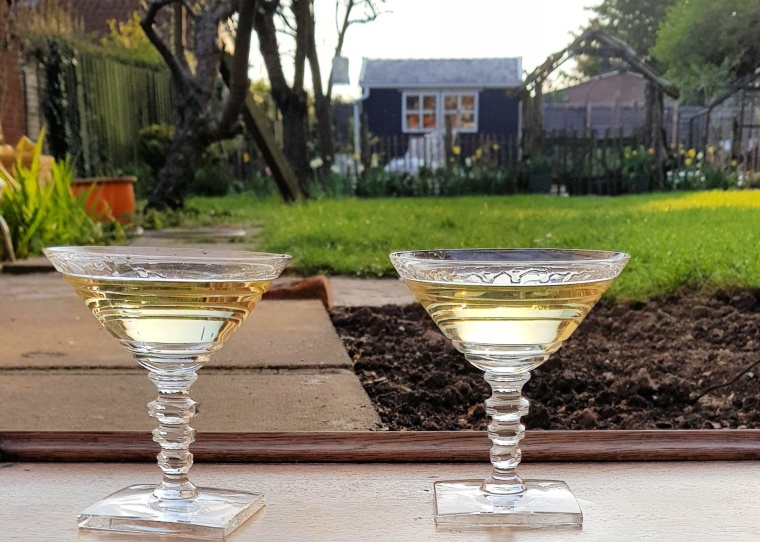