Apples are synonymous with autumn for me. When I was a little girl, growing up in the wilds of Suffolk, the one fruit tree in our garden was an apple tree. Each autumn it would heave it’s bounty onto the lawn, a bounty my younger self never fully appreciated. They were Bramley apples and this was a huge disappointment to me. Every once in a while I’d pick one and take a small bite to see if perhaps the grown-ups had got it very wrong and the fruit could be eaten straight from the tree, but alas they hadn’t, and I’d spit out the bitter flesh and wonder why we hadn’t been blessed with a tree that gave us Cox’s Orange Pippins or Granny Smiths. 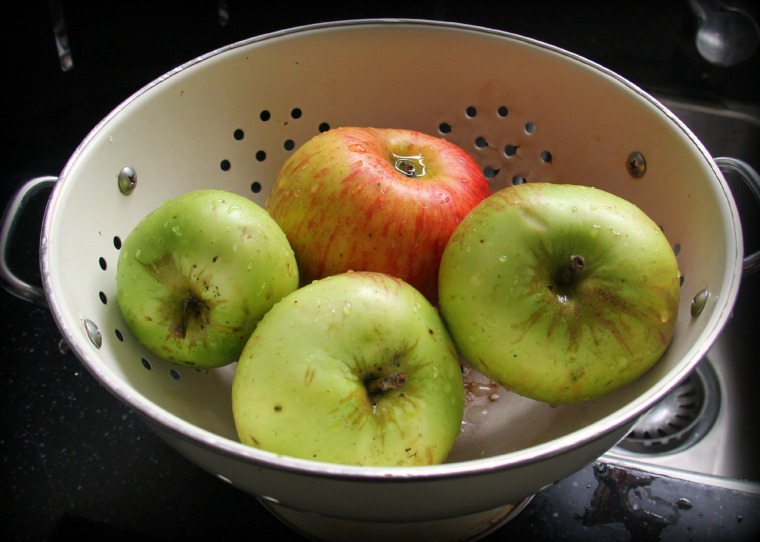 But I loved that tree, as did my brother. It was the one really old tree in our garden and it cut a noble form beside the lawn. In the spring, it would erupt into a froth of pink blossom, and in the winter it’s black, gnarled branches would stand out stark against the snow.

One year, Dad built us a treehouse. It was a rectangular hut built into the branches of the apple tree, which could only be accessed by an old wooden ladder. Sometimes, the ladder would be stolen away by a vengeful sibling, leaving the other child stranded among the branches, unable to get down! My brother even slept in the treehouse one summer’s night. (Not because I’d stolen the ladder, I hasten to add, it was entirely of his own volition.)

Then one wild and windy night in October 1987, Mum heard an almighty crash in the early hours. We awoke to find our lovely old apple tree uprooted and stretched across the lawn, the treehouse crushed beneath it’s branches. We were devastated.

The Great Storm of 1987 was exciting for me in many ways, mainly because school was closed and the power-cut in our village meant that I had to take baths by candlelight, but the loss of our apple tree was a great tragedy.  We did count our blessings though, for had the wind been blowing in a more southerly direction, we might have all been flattened in our beds that night.

Ade and I don’t have an apple tree, but last week, our neighbour gave us a bag of apples freshly-picked from his brother’s orchard. They’re eaters – and beautiful they are too.  I decided to pair them with cinnamon, a classic flavour combination, to create these deliciously moist muffins. Perfect with a cup of tea. 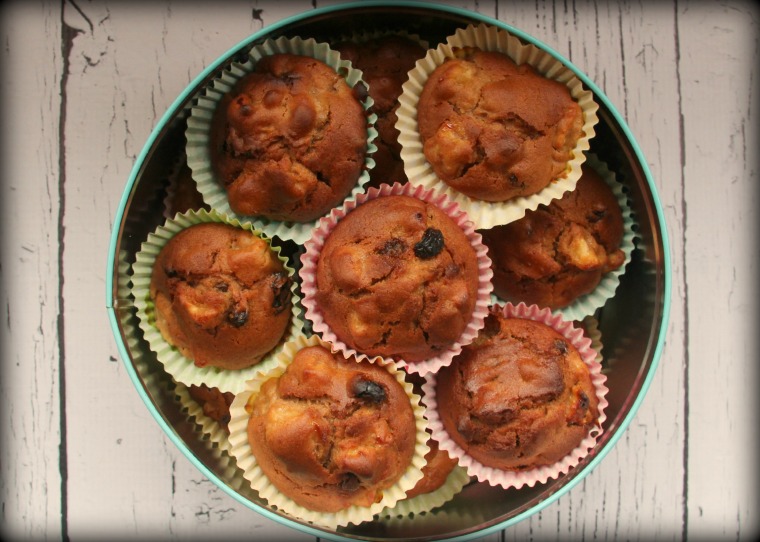 Mix together the flour and cinnamon in a large bowl.

Whisk together the sugar, maple syrup, yoghurt, vegetable oil and eggs in another bowl before folding into the flour/cinnamon mixture.

Peel and core the apples, and chop them into small cubes before adding to the bowl along with the raisins. Mix together.

Spoon the mixture into a muffin tin lined with paper cases.

Pop the tin in the oven and bake for 20 mins until risen and golden.

Remove the tin from the oven and leave to cool for 5 mins before transferring the muffins to a wire cooling rack. 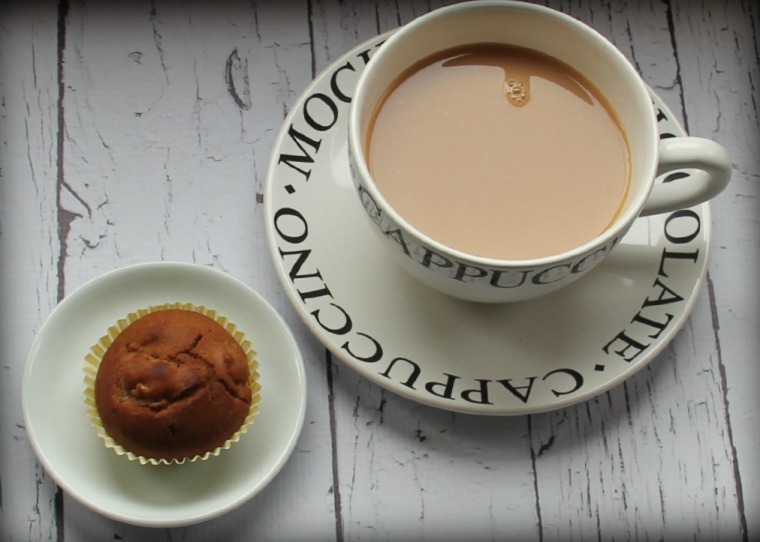