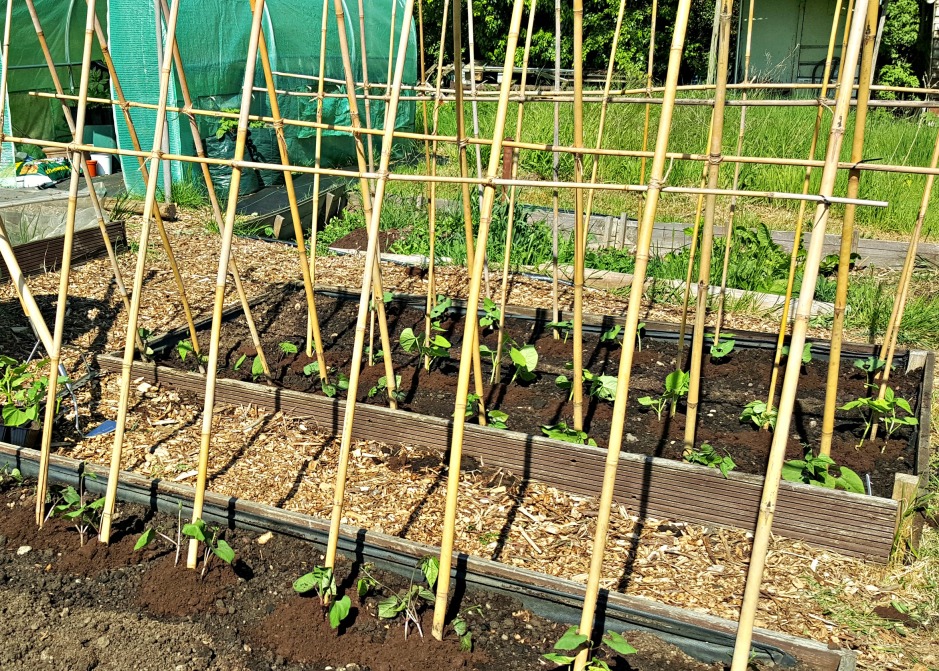 At this time of year, we all need a bit more space. Polytunnels are packed, sheds are full, and there isn’t enough room in the greenhouse to shake a poppy head. Our precious seedlings have become strong young plants, and while it’s a welcome sight, it’s also causing storage issues. END_OF_DOCUMENT_TOKEN_TO_BE_REPLACED

There is a presence on the plot. An evil on the wind. Shadows gather, knowing, waiting. END_OF_DOCUMENT_TOKEN_TO_BE_REPLACED

Up at the plot with not a fellow gardener in sight, it felt like I was truly alone. The sun had disappeared, the wind was pounding, and my face looked like an over-cooked sprout, scrunched up trying to fend off the cold and the rain. But I couldn’t have been happier. Having spent another week on the London work treadmill, I was itching for my piece of freedom, whatever the weather was going to throw at me.

With not a soul in sight, it was an opportunity to have a little nose around at other plots. Who was growing winter veg? Were plots prepared for the coldest of seasons? And had anyone spent time on their plot since the warm tickle of late summer sun?

For somewhere that oozes life and growth, it’s surprising how downtrodden and desolate allotments can look this time of year, including mine. Despite the effort to carry out those winter tasks of primary cultivation, fleecing winter vegetables and taking the time to strip paths of weeds and overgrown grass, my allotment is starting to look a little sorry for itself. Nevertheless, it can’t be that unhappy as I’m starting to harvest some of the winter vegetables.

This time last year, the only thing growing was garlic, due to the fact I had only acquired my second plot so was busy designing and creating beds, borders and paths. This winter, however, it’s all going on!

Although it’s a little late to get things going now, if you’re considering year-round harvests next year, my one piece of advice would be this.. preparation.

In the height of summer when there’s so much life on the plot and you’re relishing those long days, it’s difficult to think that in a few months, all that you see around you will have decayed and withered, but seasons come and go. So when I knew I wanted to branch into winter harvesting, I spent the end of summer preparing those beds for the harshness of the winter. And a few months on, the hard work seems to paying off.

Not trying to blow my own trumpet but, things are growing. So far we’re enjoying leeks, beetroot, celery, carrots, parsnips, two types of cabbage, swede, sprouts and both my red brocoli and caulflower are just coming into their own. 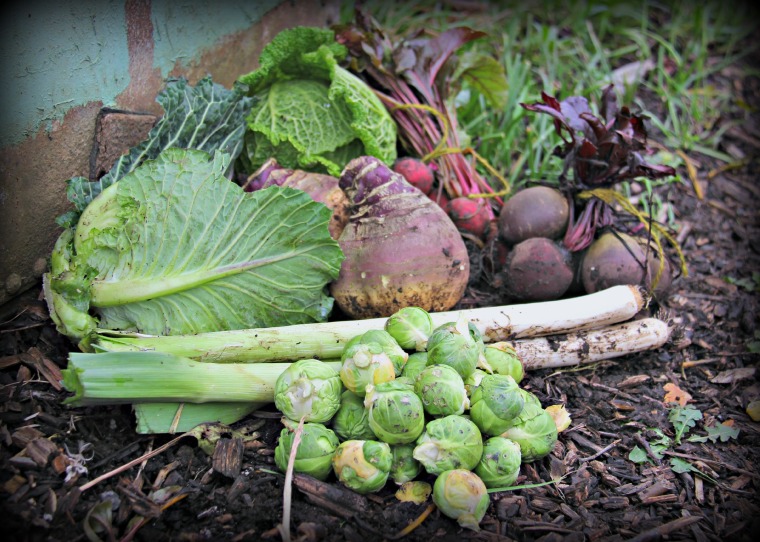 So although many allotments in these dark days may seem lost and unkempt, take a closer look and you’ll be surprised to see how much life is thriving throughout this chilly season.